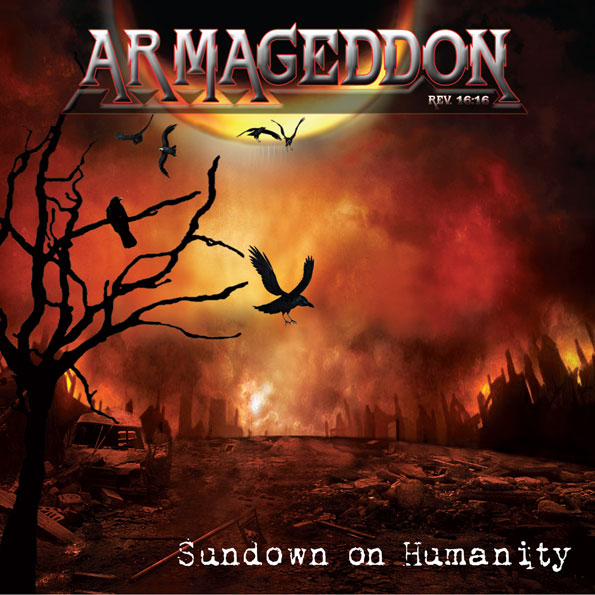 PITCH BLACK RECORDS is extremely proud and honoured to announce the addition of ARMAGEDDON REV.16:16 to its artist roster and the release of their album, “Sundown on Humanity”, on March 11th, 2014.

ARMAGEDDON REV.16:16 (aka ARMAGEDDON) is the longest living and most respected Cypriot metal band. The scene veterans were formed in 1985 and have kept active since then, mainly with their continuous live presence as well as their demo and EP releases. Of course their renowned 1993 s/t 12” EP needs no introduction as it is now considered a truly hard-to-find, major collector’s item internationally.

“Sundown on Humanity” is actually the band’s first full length album after all these years, making this album an even more highly anticipated release! The band’s style remains true to its original beginnings of melodic classic heavy metal with some power and progressive elements fused in their style. 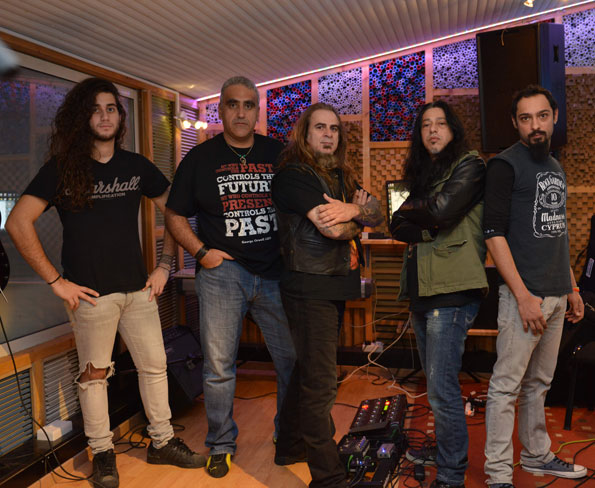 The album line up sees original members Jimmy Mavrommatis on vocals, Kikis A. Apostolou on lead guitar and Elias A. Andreou on rhythm guitars joined by accomplished musicians Nikolas Papaeftychiou on bass and Kerry Elgar on drums (replaced recently by Evangelos Varnava).

Featuring 12 tracks, “Sundown on Humanity” clocks in at just over 58 minutes! Special mention should be made to the closing track of the album, “Icy Blackness (Kursk)”, a tribute to the crew of the Russian submarine “Kursk” that perished in the summer of 2000. This song includes yet another guest appearance, that of Petros Leptos (SOLITARY SABRED), who lends his voice to create a haunting spoken intro.

The full track listing is as follows:

The album will be available worldwide on CD and digital through Pitch Black Records and its distribution partners. A song taken off the album is now available for free download and streaming below: