ARRAYAN PATH back with 9th album – the band’s first ever true concept album! 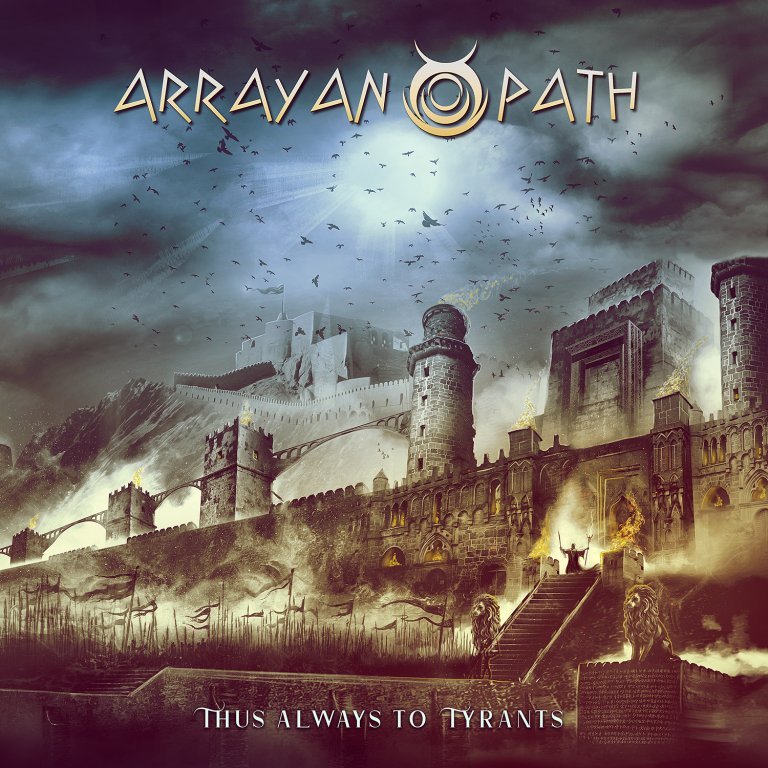 Epic Power Metal act ARRAYAN PATH returns with 9th album, 2 years after the release of the highly acclaimed “The Marble Gates to Apeiron”.

The band’s new opus is titled “Thus Always to Tyrants” and it will be out on December 9th on CD and digital.

Musically, the new album is one of the band’s strongest efforts to date; one that includes several style variations that go beyond the usual epic-power style that the band has become known for. A couple of surprises are also included that are in a style unlike anything the band has done before.

“Thus Always to Tyrants” is also ARRAYAN PATH’s first “true” concept album in that the tracklisting follows the story in chronological order. The story is that of King Evagoras, the ruler of the Kingdom of Salamis in Cyprus.

“We decided to address a great moment in the history of our country, Cyprus, and tell the tale of King Evagoras (one of the most important figures in Cypriot history). He was the ruler of the Kingdom of Salamis (not to be confused with the island of Salamis in Greece) and a brave warrior, politician and admirer of Hellenistic culture at the time (end of 5th century B.C. to beginning of 4th century B.C.).

The new album features some guest appearances all of them contributing significantly to an astonishing result that is, above all, epic! These include Gary Wehrkamp (Shadow Gallery), Paolo Viani (Warlord), Enzo Donnaruma (Enzo and the Glory Ensemble), Louis Syrimis (Zivanished, Infected Syren), Harrys Pari (Minus One) and talented lyre player Christina Polycarpou.

Recorded at Take Away Studios in Cyprus, the album was produced by Slava Selin, while mixing and mastering was handled by Simone Mularoni at Domination studios in San Marino. Selin and Mularoni have each also contributed a lead solo. Cover and artwork by Giannis Nakos of Remedy Art Design.

November 4, 2022 in News
Join our Mailing List
MUSIC
Random video
Manage Cookie Consent
To provide the best experiences, we use technologies like cookies to store and/or access device information. Consenting to these technologies will allow us to process data such as browsing behavior or unique IDs on this site. Not consenting or withdrawing consent, may adversely affect certain features and functions.
Manage options Manage services Manage vendors Read more about these purposes
View preferences
{title} {title} {title}