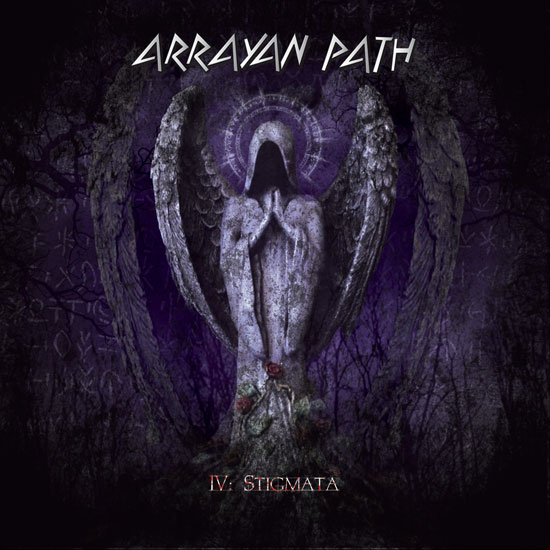 The band’s previous two albums have received ecstatic reviews and ratings making it into several “best of the year” shortlists by various media. Both albums have been shortlisted for IMPALA’s European Independent Album of the Year Award. All this can only mean one thing of course and that’s one highly anticipated and very promising new album!

“IV: Stigmata”, is a more “fierce” and dark album and it is a concept album dealing with religion. Everything that has defined ARRAYAN PATH over the years however – superb and very melodic compositions, passionate performances and excellent atmospheric parts and some of the best metal vocals ever – are all there, unfolded through the album’s 12 tracks.

The album’s production, mixing and mastering was handled once again by the very capable Vagelis Maranis (ex-SANVOISEN) who also created some beautiful choirs using just his own voice. More guest appearances on the album include vocals by Jimmy Mavrommatis (ARMAGEDDON), guitar solos by Kikis Apostolou (ARMAGEDDON), Alexis Kleidaras (ex-DECEPTOR) and George Kousa.

“IV: Stigmata” is released worldwide on June 10th and it will also be available through all major mp3 stores. The CD version includes a bonus track, “Mystic Moon”, which is a re-recording of the opening song of the band’s first demo. Another bonus track (“Charming Paranoia”) will be available as an exclusive download. A special edition of the album (limited to 50 numbered copies) will include the new album as a CD/cassette bundle with both covers signed by Nicholas Leptos! 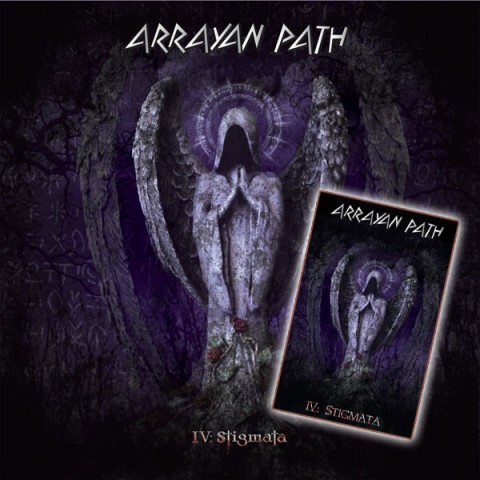 The song “Midnight and the First-born Massacre” is already available for streaming and free download at www.pitchblackrecords.com while all album pre-orders from the Pitch Black Records online store will receive access to “Charming Paranoia”, the bonus download track of the album.

“IV: Stigmata” is available for pre-order here and the special edition here.