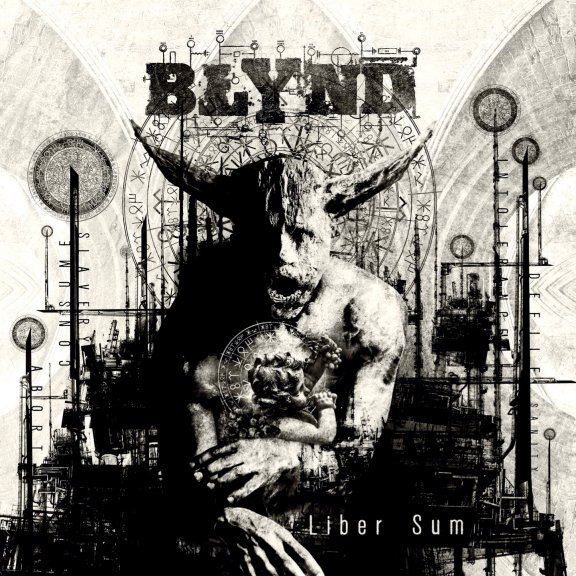 “Liber Sum” (I am free) is a journey through the spiritual and material history of humanity, greatly influenced by the tumultuous history of Cyprus, combined with the alchemical art of psychospiritual growth and transmutation. The album gradually transitions to a more positive side of things, with a truly majestic ending of the song “The Kingdom Within” where a touch of hope and change is found.

This is the band’s most focused album to date, lyric and music wise. The band successfully manage to maintain their unique and excellent blend of extreme music with symphonic elements and this is an album that’s as dark and atmospheric as it gets while still thrashing mad!

The album’s brilliant artwork is by Gustavo Sazes (Arch Enemy, While Heaven Wept, Kamelot, Morbid Angel among others) and it is worth noting that the artwork is inspired by the ancient writings and history of Cyprus. The album was engineered and mixed by Philip Zilfo and mastered by 4DSounds.

“Liber Sum” is scheduled for a worldwide release on November 6th on CD and digital. It is already available for pre-order at http://store.pitchblackrecords.com and http://pitchblackrecords.bandcamp.com. A series of live performances will be announced by the band shortly.

The song “Al-Kimiya” is now available for free download and streaming as well as the song’s totally wicked / “out-of-this-world” official video clip. This is the first video clip by a Cypriot band featuring full animation from start to finish!

October 7, 2015 in News
Join our Mailing List
MUSIC
Random video
Manage Cookie Consent
To provide the best experiences, we use technologies like cookies to store and/or access device information. Consenting to these technologies will allow us to process data such as browsing behavior or unique IDs on this site. Not consenting or withdrawing consent, may adversely affect certain features and functions.
Manage options Manage services Manage vendors Read more about these purposes
View preferences
{title} {title} {title}