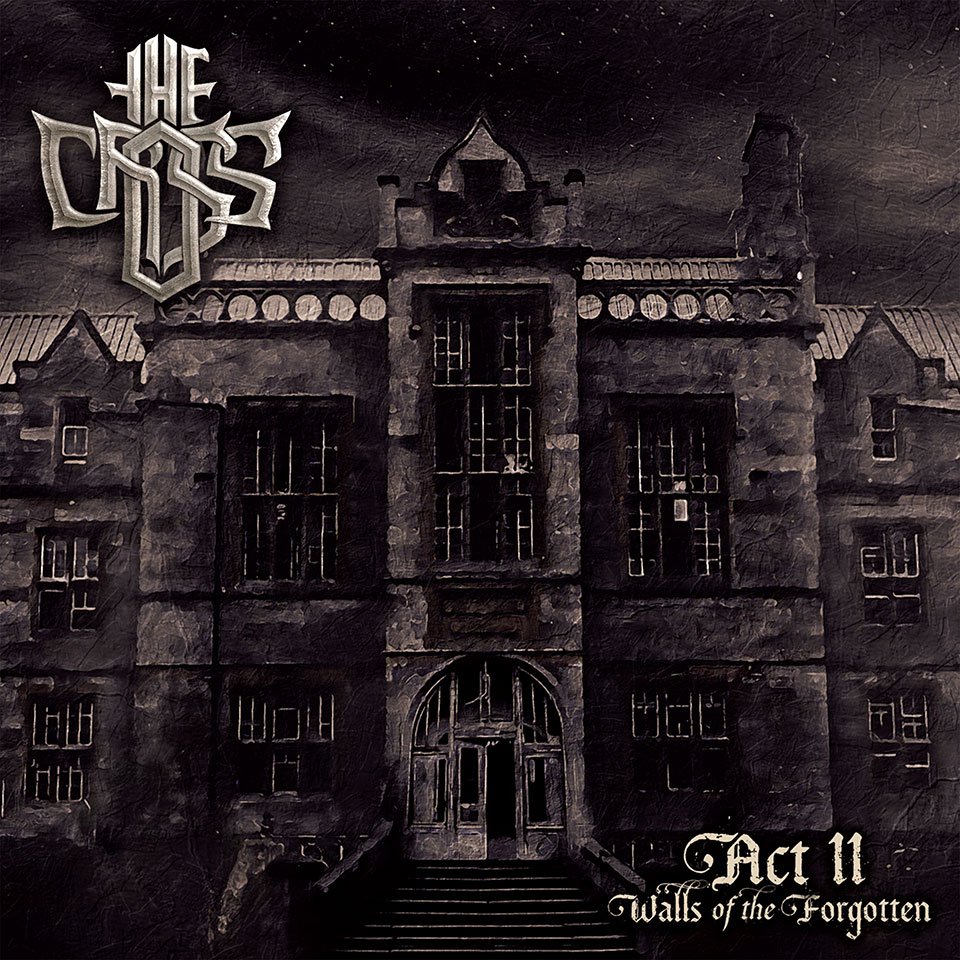 Pitch Black Records is thrilled to announce that Brazil’s legendary Doom Metal act THE CROSS has joined its roster! The band’s second full-length, “Act II: Walls of the Forgotten”, is scheduled to be released on May 27.

THE CROSS is recognized as the first doom metal band in Brazil, founded in Salvador – Bahia by Eduardo “Slayer” Mota in 1990 with the band’s sound and style inspired by bands such as Black Sabbath, Candlemass, and Trouble.

In 1992 the band released its first rehearsal tape to be followed by the first demo in 1993 (“The Fall”) and yet another demo (“Peregrination”) in 1994. THE CROSS went on hiatus for nearly 20 years, then returned in 2015 with “Flames Through Priests” EP, while the debut album finally arrived in 2017 (“The Cross”). The album was actually rated as one of the top 10 records of the decade by Whiplash.

Following a series of EPs, a live album, a single, a split (with 3 other bands), and some line-up changes, 2021 found the band recording its second album. In the band’s own words:

“Our album describes the new age of The Cross. We feel like we’ve finally reached our perfect line-up, and this album shows it by itself. “Act II” is an album written in the middle of the pandemic, with every member working separately, and when we finally managed to be together, everything simply clicked. The album deals with a variety of mythological and historical themes, Lovecraft-inspired themes and also inner suffering.”

“Act II: Walls of the Forgotten” features a number of notable guests, all of whom vastly contributing to the overall result: Albert Bell (FORSAKEN, NOMAD SON), Leo Stivala (FORSAKEN), Achraf Loudiy (AETERNAM) and, last but certainly not least, Aaron Stainthorpe (MY DYING BRIDE).

“Act II: Walls of the Forgotten” will be available on CD, streaming, and digital download formats. Stream or download a brand-new track below and check out a teaser video:

April 13, 2022 in News
Join our Mailing List
MUSIC
Random video
Manage Cookie Consent
To provide the best experiences, we use technologies like cookies to store and/or access device information. Consenting to these technologies will allow us to process data such as browsing behavior or unique IDs on this site. Not consenting or withdrawing consent, may adversely affect certain features and functions.
Manage options Manage services Manage vendors Read more about these purposes
View preferences
{title} {title} {title}