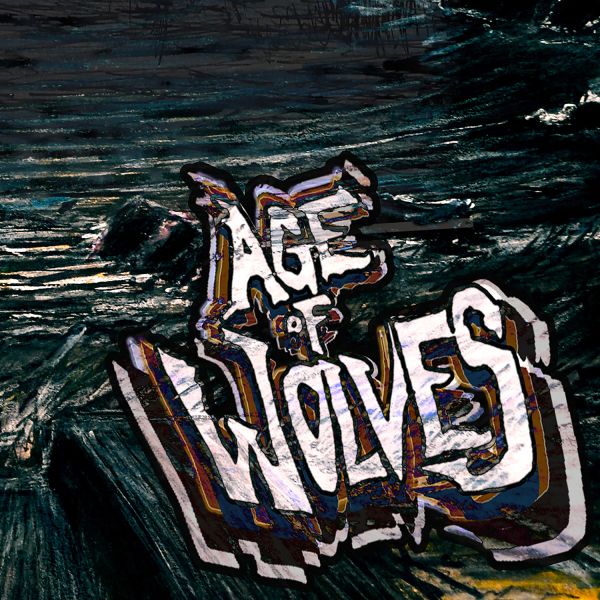 Pitch Black Black Records are delighted to present the self-titled debut album of Ontario, Canada-based hard rockers AGE OF WOLVES, scheduled to be released on December 10, 2021 on CD & Digital.

During the time of a global pandemic, AGE OF WOLVES not only formed out of some previously heavy hitting bands, but they managed to write and record an album. Their self-titled debut is a barnburner of an album that rocks from the first note to the last!

Despite having formed in October 2019 – right at the outset of our current “plague” – this is hardly a bunch of rookies we are dealing with. Comprised of the tight and integrated rhythm section of Ray Solomon (Thy Kingdom Slum, My Terminal Ritual ) on bass and Dwayne LaFramboise (Thy Kingdom Slum, My Terminal Ritual) on drums, inventive guitarist Al “Yeti” Bones (Gypsy Chief Goliath, Georgian Skull, The Mighty Nimbus ) and the voice and lyricist of the band, Michael Edwards (LoDown, Thy Kingdom Slum), the collective experience behind AGE OF WOLVES amounts to well-nigh a century of music-making. This fact shines through in the album, which is not only executed with a firm and seasoned hand, but also displays an impressive versatility in the song-writing department.

Built on a solid foundation of classic Hard Rock and old school Metal, filtered through 1990s Alternative music, AGE OF WOLVES takes the listener on a dazzling ride throughout Heavy Music legendry, without ever coming across as a mere tribute to the past. Wrapped up in eight tracks, we are treated to heavy-as-lead riffery straight out of early Black Sabbath, lyrical twin-leads à la Wishbone Ash, cocky Zappa-esque observations, smoking instrumental sections that will make every sideburn in sight burst into flames and, not least, a deeply heart-felt paean to Irish Hard Rock icon Phil Lynnot of Thin Lizzy. And yet the band is just getting started…

In addition to defying the depressed state of current world affairs by starting a band, recording an album and performing live, AGE OF WOLVES also found time to feature in a documentary courtesy of visual creator Syx Langemann, set for streaming via Amazon Prime.

The album is available for pre-order at the PBR Online Store and on Bandcamp. The album’s opening track is now streaming and offered as a free download below:

November 1, 2021 in News
Join our Mailing List
MUSIC
Random video
Manage Cookie Consent
To provide the best experiences, we use technologies like cookies to store and/or access device information. Consenting to these technologies will allow us to process data such as browsing behavior or unique IDs on this site. Not consenting or withdrawing consent, may adversely affect certain features and functions.
Manage options Manage services Manage vendors Read more about these purposes
View preferences
{title} {title} {title}