Chained and Desperate joins our roster 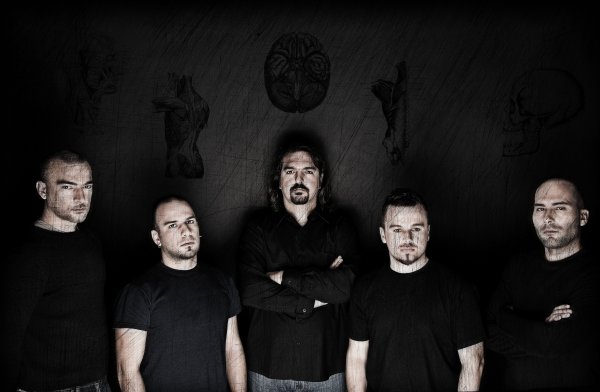 We are pleased to announce the addition of Greek melodic black metal outfit CHAINED AND DESPERATE into our roster of artists with the band’s sophomore release, “Divine Authority Abolishment” scheduled for release on July 29th, 2011.

This release also marks the launch of the ‘BLACKEST PITCH SERIES’. All releases under this series will feature an “eclectic” blend of black metal with the first pressing always strictly limited to 333 numbered copies housed inside a unique digipack with an aesthetic befitting of the music contained within. Silver metallic printing on black glossy background and a loose insert with the album’s cover included inside will make each BPS release a unique item for the truly die-hard black metal fan.

Formed in early 1990 CHAINED AND DESPERATE quickly evolved into something more than “just another extreme band”. From the monolithic doom/death metal of their first demo in 1994 (“Grieving for the Lost Sun”) to 1996’s black/pagan “Oracles From the Neitherworld” and the dark, lyrical black metal first full-length “Eleven Angles in a Circle” (1999), the band soon established its own unique personal style, which, unavoidably, is often compared with their fellow countrymen Rotting Christ as well as others such as Dissection, Enslaved and Primordial. No mistake should be made however; CHAINED AND DESPERATE’s style is as original as it can get with the band members’ influences ranging from Bathory and Death to Candlemass, Manilla Road and Manowar.

Following a period of intensive writing and rehearsing, in 2009 CHAINED AND DESPERATE entered the Music House Studios in Athens, with producer Stathis Pavlantis and in late 2010 with the recordings and overall production completed the band’s new album was ready.

“Divine Authority Abolishment” will be available worldwide through Pitch Black Records and its distribution partners as well as through various digital stores. It is already available for pre-order on our online store.