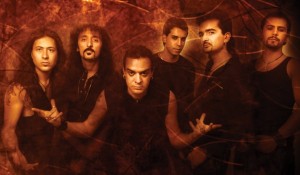 It’s with great pleasure that we welcome heavy/power metal band EMERALD SUN from Greece into our roster with their second album, “Regeneration”, scheduled for release on February 11th.

Formed in 1998, in Thessaloniki, Greece, EMERALD SUN has since then performed live numerous times becoming an extremely sought-after live act. Past performances included their participation at festivals such as March Metal Day, Metal Healing, Maximum Rock Fest and others. The band’s excellent two demos led to the release of their first full length in 2007 (“Escape from Twilight”) which was later released in Japan with exclusive bonus material.

The CD version of “Regeneration” includes as a bonus track a killer cover version of 80’s pop classic “Holding out for a Hero” and will be available worldwide through Pitch Black Records and Twilight-Distribution. The album will also be available for digital download through several mp3 stores.