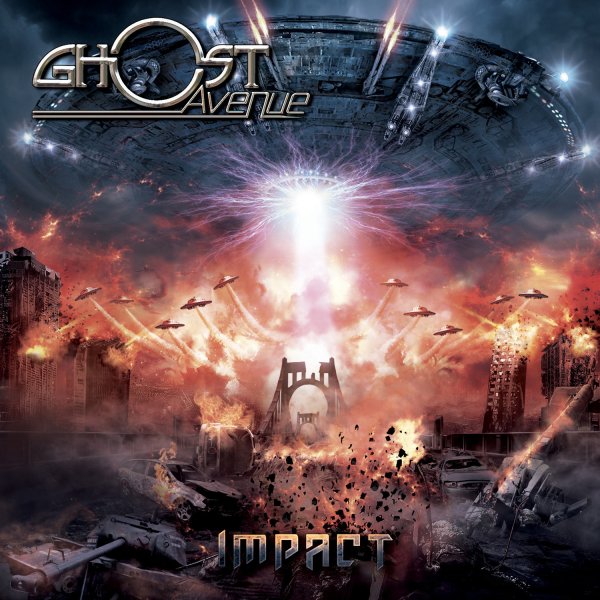 We are pleased to announce the return of Norway’s GHOST AVENUE whose new (third) album is scheduled to be released on February 3rd.

Formed in 2002 (originally as GHOST), GHOST AVENUE quickly managed to fine-tune their sound and gain a massive fan base after many live shows and some great reviews on their 2010 debut.

Offering a unique blend of classic hard rock and 80’s heavy metal and despite the obvious preference for the classics, the band manages to achieve a contemporary sound with music that’s full of melody and catchy tunes.

The release of their second (self-titled) album in 2013 through Pitch Black Records marked the beginning of a new era for the band who had by that time settled with their refined sound and overall style. The album received rave reviews from around the world, even making it to some best-of-the-year lists!

Their upcoming album, titled “Impact”, is a concept album about an alien invasion of earth and the battle for humanity’s freedom. The superb musicianship and performance are still there and so is the band’s distinctive hard rocking and melodic metal sound, which, along with the album’s amazing artwork are laying the groundwork for yet another astonishing release!

The album’s title track is now available for streaming and free download below and the album is already up for pre-order at https://pitchblackrecords.bandcamp.com & http://store.pitchblackrecords.com. “Impact” will be released on CD and Digital.

January 9, 2017 in News
Join our Mailing List
MUSIC
Random video
Manage Cookie Consent
To provide the best experiences, we use technologies like cookies to store and/or access device information. Consenting to these technologies will allow us to process data such as browsing behavior or unique IDs on this site. Not consenting or withdrawing consent, may adversely affect certain features and functions.
Manage options Manage services Manage vendors Read more about these purposes
View preferences
{title} {title} {title}