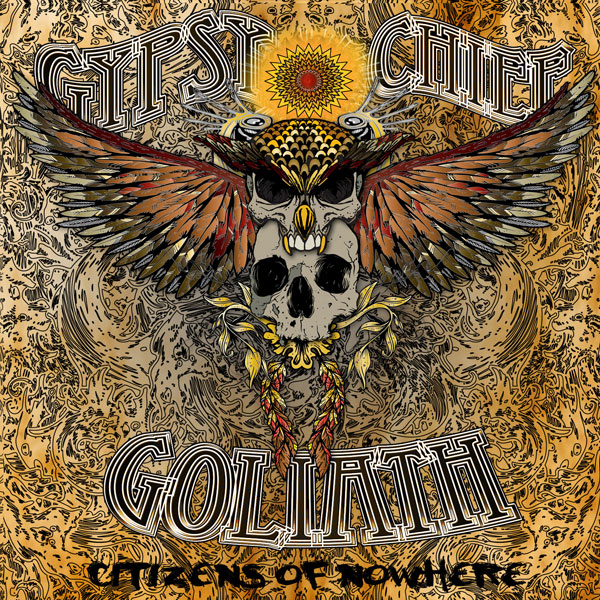 Pitch Black Records is thrilled to announce the return of one of Canada’s premiere Stoner Metal acts, GYPSY CHIEF GOLIATH with their new, third album – “Citizens of Nowhere”.
“Citizens of Nowhere” is a follow-up to the superb “New Machines of the Night” (Pitch Black Records, 2013) which has received numerous praises worldwide (including among others the #4 spot in Revolver Magazine’s online readers poll for album of the week as well as charting #15 on the CMJ Loud Charts).

“It’s been awesome working with such a flagship independent metal label like Pitch Black Records. It’s so important to form an alliance with a label that believes in what you do as much as you do. Our new album is a smoke riff masterpiece that tells tales of the apocalypse, death, space, time travel, and the almighty highway!”

Proudly (and rightly so) declaring their affection for that good old warm sound, the band has gone completely analogue on this one as it was recorded on analogue reel to reel tape at Sharktank Studios in Windsor, Ontario. This is an album that truly… “reels” the listener in right from the start and GYPSY CHIEF GOLIATH’s unique style of bluesy stoner rock/metal, which includes three guitars and a harmonica, is set to captivate audiences once again! 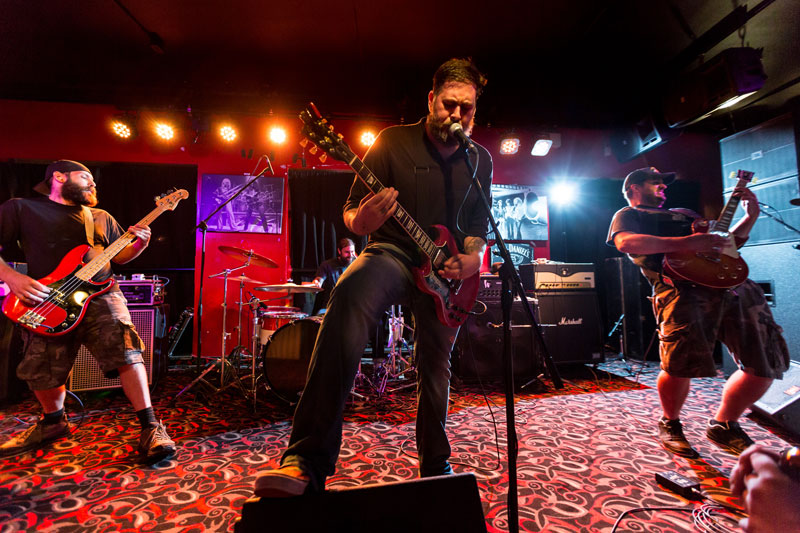 Album track listing:
1. The Sting
2. Holding Grace
3. Citizens of Nowhere
4. Black Samurai
5. Elephant in the Room
6. Gloomy Tombs
7. Odyssey
8. We Died For This
9. The Return
10. Witchcraft For The Ages
11. Killing Yourself to Live (CD Bonus)

March 15, 2016 in News
Join our Mailing List
MUSIC
Random video
Manage Cookie Consent
To provide the best experiences, we use technologies like cookies to store and/or access device information. Consenting to these technologies will allow us to process data such as browsing behavior or unique IDs on this site. Not consenting or withdrawing consent, may adversely affect certain features and functions.
Manage options Manage services Manage vendors Read more about these purposes
View preferences
{title} {title} {title}