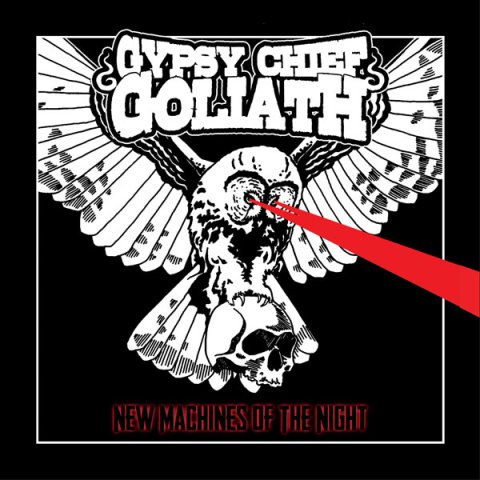 PITCH BLACK RECORS is pleased to announce the addition of GYPSY CHIEF GOLIATH into its artist roster.

Known globally as a stoner metal band, Canadians GYPSY CHIEF GOLIATH incorporate three guitar players and a harmonica player giving them a blues edge to their heavy groove. Thin Lizzy meets Black Sabbath, with subtle elements of modern heavy metal here and there, this is a “heavy blues” band that wavers on the edge of metal, stoner, doom and classic rock.

GYPSY CHIEF GOLIATH have achieved a lot in their tenure as a band, they have toured extensively for many years and they have acquired a large fan base. Handling the reins of GCG is quite possibly one of Canada’s hardest working musicians; Al the Yeti Bones, who has previously worked with bands such as The Mighty Nimbus, Georgian Skull and Mister Bones. Al had this to say in regards to working with Pitch Black Records:

“We’re really excited to be setting in stone the future roots of GCG with Pitch Black. They’re a badass record label who have an extremely great work ethic that I admire a lot. We’re all huge fans of the European metal scene and I just knew this label was going to be home when we first made contact. We’ve worked really hard on a new album called New Machines of the Night and it was recorded straight to analogue and we can’t wait to unleash it on the world through Pitch Black Records.”

“New Machines of the Night” is the band’s second studio album and it’s due for release worldwide on October 8th, 2013 on CD and digital.

The album’s opening track, “Uneasy Kings”, is now available for streaming and free download at www.pitchblackrecords.com. A video will also be released before the album is released and of course a series of live shows are currently being scheduled. 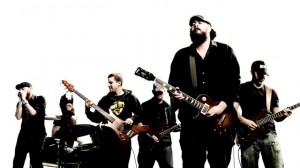