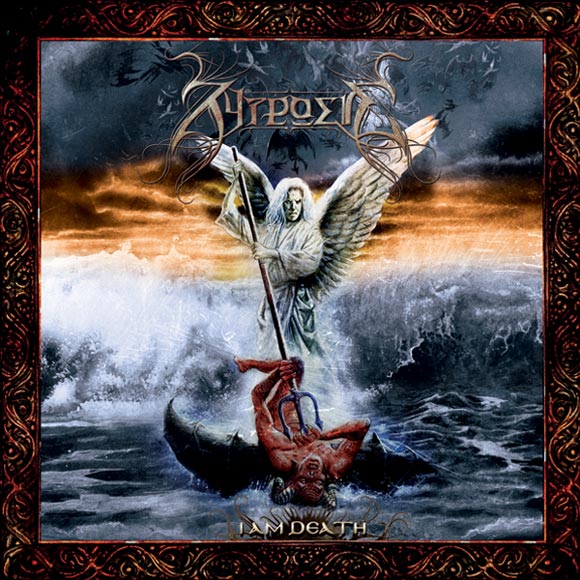 Symphonic black metal band LITROSIS, from Greece, have been added to the Pitch Black Records roster and their debut album, “I am Death”, is due to be released on May 1st under the ‘BLACKEST PITCH SERIES’; a series of unique black metal releases that feature an “eclectic” blend of black metal with the first pressing always strictly limited to 333 numbered copies housed inside a unique digipack.

Formed in 2010, LITROSIS is based in Greece, with some band members in the UK and USA. They describe their style as “extreme epic metal” and rightly so, even though the black metal element is quite evident in their music.

“I am Death” features a very special guest appearance by Zak Stevens (SAVATAGE, CIRCLE II CIRCLE) and the stunning cover artwork was created by Andreas Marschall.

The album will be available through Pitch Black Records and its distribution partners as well as through major mp3 stores.

A short teaser of the album is available at http://youtu.be/cbfHzjS2cIs while the title track is available as a free download further below.