Pictures of Pain will be holding a release party on November 26th to celebrate the release of their debut album through Pitch Black Records.

The album will be available for sale there of course as well as band merchandise such as tshirts and hoodies.

The release party will be held at POSH, in Kopervik. Doors open at 21:00 and the age limit is 18. 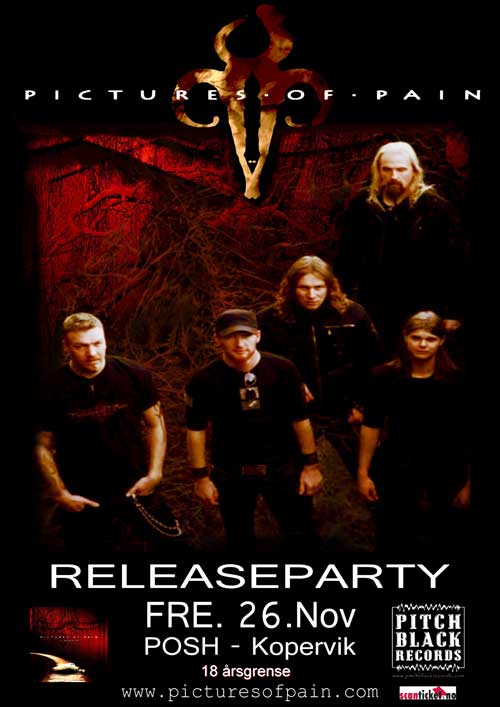