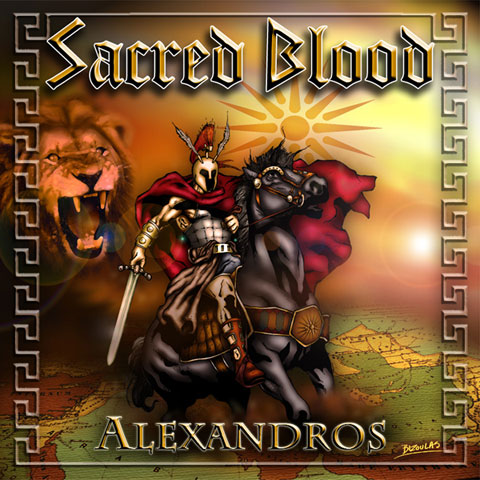 Greek epic power metal band SACRED BLOOD has been added to the Pitch Black Records roster with the band’s second album due for release on May 29th. As previously announced, the album will be titled “Alexandros”, a concept album about none other than Alexander the Great.

SACRED BLOOD (originally called SACRED) were formed in late 2003 and soon after released their first demo CD titled “Clash of the Titans.” In 2008 the band’s debut CD (“The Battle of Thermopylae: The Chronicle”) was released, receiving high praises worldwide.

“Alexandros” deals with the legend that is Alexander the Great and the tale is unfolded over fifteen tracks of melodic epic power metal that also sees the use of a variety of folk instruments. The atmosphere and overall musicianship in this album are guaranteed to please even the most demanding epic metal fan. “Alexandros” has already received the thumbs up from one of the band’s top influences and of course a highly respected name; David DeFeis (VIRGIN STEEL) had the chance to pre-listen the album and commented “Well played, sung, recorded and mixed. It is full of great passion and epic sensibilities!”

Released on May 29th, the album will be available through Pitch Black Records (pre-order link) and its distribution partners as well as through major mp3 stores. A limited edition will be released later in the year, the details of which will be revealed at a later stage.

Further below the song “Ride through the Achaemenid Empire” is available for streaming and as a free download as well as the song’s video clip.

Track listing:
1. The Warrior’s Scion
2. The Bold Prince of Macedonia
3. The Battle of the Granicus (Persian in Throes)
4. Phalanx Invicta
5. Marching to War
6. Golden Shields in the Sky
7. Death Behind the Walls
8. New God Rising (At the Oracle of Siwa)
9. Before the Gates of Ishtar
10. Battlefield Aenaon
11. The Apotheosis of Alexander
12. Ride Through the Achaemenid Empire
13. Heart of the Ocean (Nearchus Advancing)
14. Macedonian Force
15. Legends Never Die 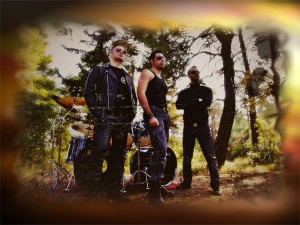