SACRED BLOOD are back with new album! 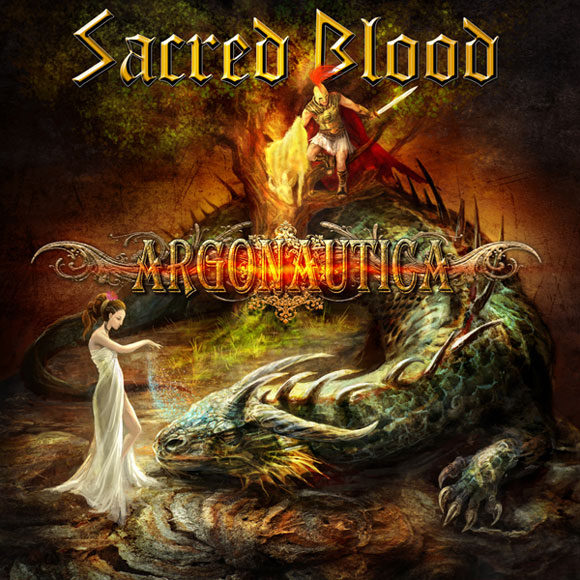 Greek epic heavy metallers SACRED BLOOD are back with their third album, “Argonautica”, a follow-up to their 2012 highly acclaimed release “Alexandros” which was also released through Pitch Black Records.

Hailing from Athens, Greece and formed in 2003, SACRED BLOOD quickly established themselves as a unique epic metal band through the use of traditional folk instruments in their music. Each of the band’s albums is clearly distinguished by a theme revolving around Ancient Greece. This time we’re dealing with Argonautica and the myth of the voyage of Jason and the Argonauts to retrieve the Golden Fleece.

The use of folk instruments such as Irish bagpipes and the bodhran as well as female choir vocals and narrations in Ancient Greek take the music of Sacred Blood to a completely new dimension making it a most interesting and pleasing listen. The album features a number of guest appearances including Nicholas Leptos (WARLORD, ARRAYAN PATH), Kyriakos Vasdokas and Leon Tsorbatsoglou (CROSSWIND) and Vangelis Yalamas (FRAGILE VASTNESS). Uilleann pipes (Irish bagpipes) and the bodhran performed by Sir Andrew Mc Pleary.

“Argonautica” is out on April 13th (May 12th US and Canada) on CD and digital. A song from the album is now available for streaming and free download below. The album is already up for preorder at our Online Store.

Album tracklist
1. Legends of the Sea – The Epic of Apollonius (Argonautica)
2. Hellenic Steel
3. Hail The Heroes
4. Legacy of the Lyre
5. To Lands No Man Hath Seen
6. Call of Blood
7. O’er the Tomb (Beyond the Pillars of Heracles)
8. Friend or Foe
9. Enchantress of the East
10. The Golden Fleece pt.I
11. The Golden Fleece pt.II