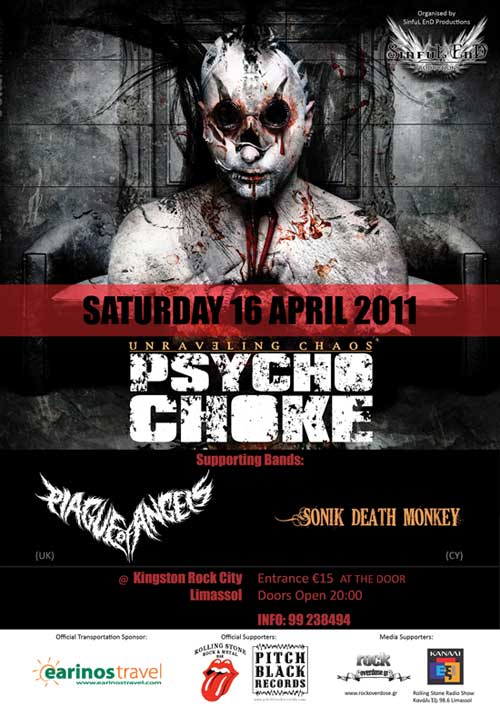 Following the release of their new album signed under 7Hard Records and after their live presentations in Greece and their live appearances alongside Firewind, PSYCHO CHOKE are visiting Cyprus for the second time and are presenting live in Cyprus their new album “Unravelling Chaos”.

With a little help from their friends Gus. G (Ozzy Osbourne, Firewind), Marios Iliopoulos & Olof Morck (Nightrage) and Jacob Hansen (Invocator, Anubis Gate, Beyond Twilight) PSYCHO CHOKE have come up with the Sickest – kick ass album of 2010 and are ready to hardcore the Cyprus metal scene alongside supporting bands PLAGUE OF ANGELS (UK) and SONIK DEATH MONKEY (Cyprus).